The renowned European comic book creator Enrico Marini will write and illustrate an original Batman story, to be published in two volumes. The first book is scheduled to arrive in stores on November 3rd 2017. The second volume will follow in Spring 2018. The title is top secret, for now.

“I am really proud to take part in this amazing project,” declared Enrico Marini. “Batman has been my favorite Super Hero since my childhood. Having this opportunity to reinterpret his universe and to add my point of view is a great privilege.”

DC Entertainment Publisher and legendary comic book creator Jim Lee said about the project: “We are thrilled to have Enrico Marini lend his outstanding vision and skills to the project that will bring an original Batman story to a broad European audience of DC fans.”

DC Entertainment, home to the iconic DC brands (Superman, Batman, Green Lantern, Wonder Woman, The Flash),
Vertigo (Sandman, Fables) and MAD, is the creative division charged with strategically integrating its content across Warner
Bros. Entertainment and Time Warner. DC Entertainment works in concert with many key Warner Bros. divisions to
unleash its stories and characters across all media, including but not limited to film, television, consumer products, home
entertainment and interactive games. Publishing thousands of comic books, graphic novels and magazines each year, DC
Entertainment is one of the largest English-language publishers of comics in the world.

Founded 60 years ago by Georges Dargaud, the Dargaud group is a major player in the French and Belgian comic strip and
audiovisual industries. Dargaud publishes numerous cult comics series and collections such as XIII, Valerian, Blueberry,

some of which were first published through the
famous magazine Pilote. Every year, 5 million Dargaud albums are sold worldwide. The Dargaud catalogue prioritizes
variety and new talent discoveries. The visionary and refreshing editorial line frequently rockets titles and authors up the
charts and allows the publishing house to maintain its position as the leading editor on the French market in 2016. Part of
the Media Participations group, Dargaud is a sister company of Urban Comics, which publishes a wide range of DC Comics
in the French speaking markets. 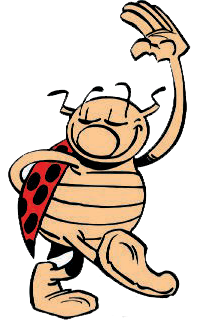